Gordon will be performing in Monday’s Showcase at the 2013 Images of the King. 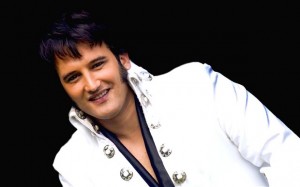 Gordon has had a love of music from a very young age, thanks to his parents who passed on their love of Elvis Presley.  As his own musical talents were recognized, Gordon was encouraged to imitate the moves and vocal stylings of the King of Rock and Roll.  At the age of 25, he relocated to the UK to follow his dream of working full time as an ETA.

On the 18th August 2012 Gordon was crowned, Images of the King World Champion in Memphis Tennessee.  Gordon also won the European Championships that was held in the Hilton, Birmingham 2013

This young man now well established in the UK, is encouraged by his ever growing Uk and International Fan Base.