Michael will be serving as Master of Ceremonies for the 2013 Images of the King and performing in Monday night’s Showcase. 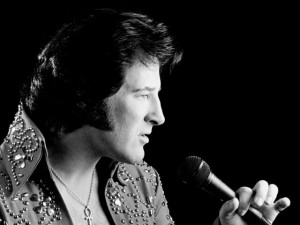 Michael was born in Washington, DC. He can remember learning Elvis songs and mimicking his styles as early as the second grade. He grew up in Rockville, Maryland, and graduated from Wheaton High School where he sang and put together a small band to play teen clubs and proms. Michael saw Elvis three times in concert, has all of his records, and has seen all of his movies. “Everyone has a hero – he was my hero and I wanted to be like him,” Hoover said. 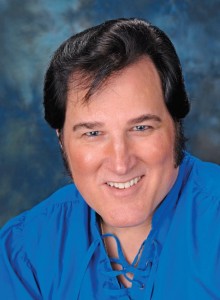 After the untimely death of Elvis Presley in 1977, Michael was inspired to do his “Memories of Elvis” Show as a tribute to the King of Rock and Roll. Michael says, “There will never be another Elvis, and I would just like to bring back a few memories of the late King.” He has been performing for over 20 years and has developed into one of the finest male vocalists in the country. The similarity between Elvis and Michael in voice, mannerisms, and looks is astounding. Experiencing Michael’s “Memories of Elvis” show is the next best thing to seeing Elvis in concert.

His powerful and dynamic voice enables him to captivate his audience, both young and old alike. Due to his God-given talent, Michael is comfortable singing rock and roll, country, rhythm and blues, or gospel music. Michael’s outstanding musical training included study with one of the most renowned voice teachers of our time, the late Frederick Wilkerson. Mr. Wilkerson coached Roberta Flack, Ethel Waters, and many other well-known artists. 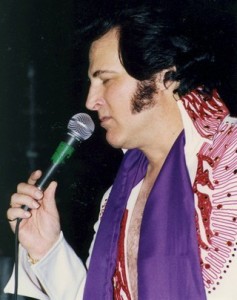 Michael has won various Elvis look-alike and sing-alike contests and won the area’s Best Country Singer award from the year-long Country Showcase American Jamboree in 1979. In 1985, he won second place in the area’s Star Search contest in Maryland. In commemoration of the eleventh anniversary of Elvis’ passing, a singing contest was held in Memphis, Tennessee on August, 19, 1988. Some of the world’s best talent turned out for this event. Out of a total of close to 100 singers, Michael was named Images of the King Champion.