Kevin Mills’ authentic portrayal and exciting interpretation of Elvis Presley has made him one of the country’s most sought after and popular tribute performers. A true professional, Kevin’s crowd pleasing style and spot-on mannerisms mix with his unique blend of vocal talent, charisma, and elaborate costuming to make him a favorite of Elvis fans worldwide. 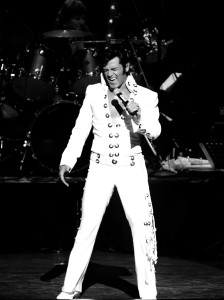 The masses took notice of Kevin when he was crowned World Champion at the ‘Images Of The King’ Elvis tribute artist contest in Memphis, Tennessee. After winning that crown, Kevin joined the cast of Legends In Concert. He has performed at President Bill Clinton’s inauguration and he annually entertains U.S troops overseas. 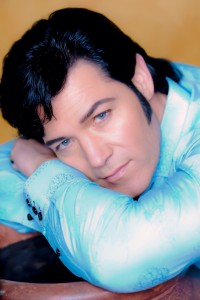 Kevin has even had the honor of taking the stage with members of Elvis’ original band at various shows. He has appeared on Tonight Live Show with Freddy Roman, the Jerry Lewis Telethon, Super Stars Live,The Spirit of America Tour, Stage West and the South Pacific Tour, and played a principle role in the  Elvis Lives Tour.