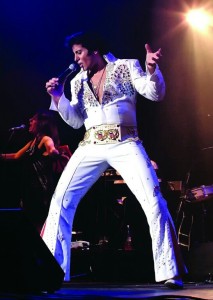 Mario won the Images of the King World Championship in Memphis Tennessee in 2005 and was the first European (British ETA) to do so.

Trained as an actor Mario has appeared in film, T.V and theatre all over the world. He was asked to sing the National Anthems of the Barbarians and the All Blacks Rugby teams at the world famous “Twickenham Rugby Ground” in front of 70,000 watching spectators in the ground and Millions watching on T.V. 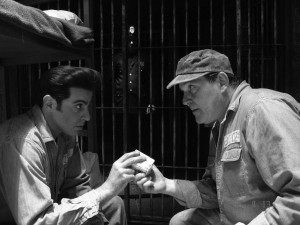 Mario played the lead role of Vince Everett in the hit London Musical Production of Jailhouse Rock which ran for a year and a half at the Piccadilly Theatre in London’s West End.

Mario has his own musical production called “The Elvis Years” and along with original cast members and the musical director from “Jailhouse Rock” Mr Dave Mackay they are touring the U.K and Europe telling the story of Elvis’s life from his very first recording of “My Hapiness” all the way through to his sell out Las Vegas shows. The show comprises of over 50 songs and more than 12 costume changes!