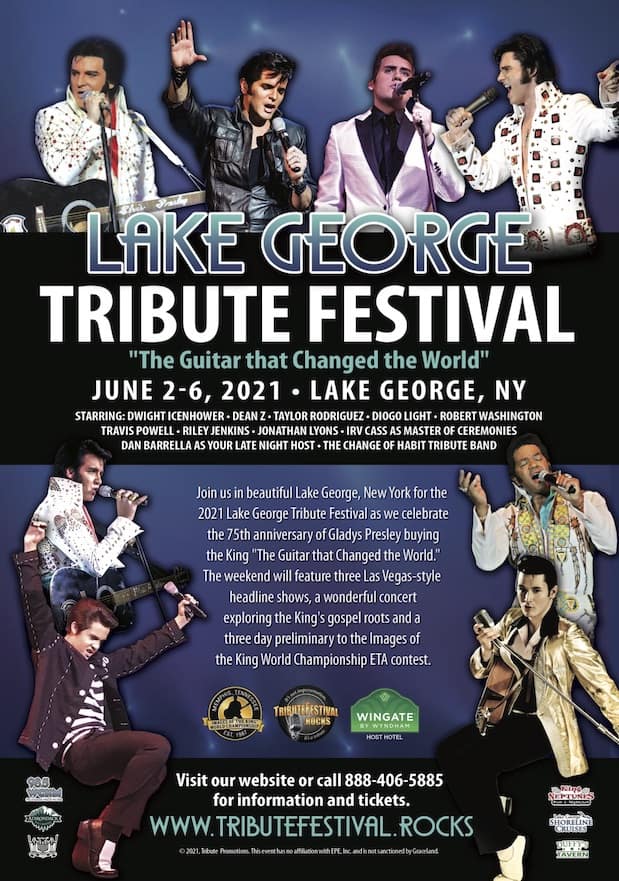 We are excited to announce another year of spectacular Entertainment celebrating the King, on beautiful Lake George, in New York’s Adirondack Mountains. This year’s festival will feature some of the top performers in the world performing in three headline shows.

with Irv Cass as Master of Ceremonies

and the Change of Habit tribute band

See the Schedule of Events for all fo the details.

“Lake George is without comparison, the most beautiful water I ever saw; formed by a contour of mountains into a basin… finely interspersed with islands, its water limpid as crystal, and the mountain sides covered with rich groves… down to the water-edge: here and there precipices of rock to checker the scene and save it from monotony.” 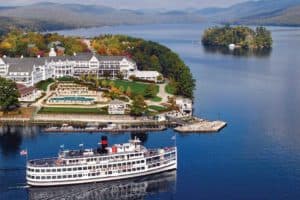 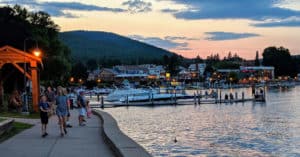